RAO UES of Russia was organized and wholesaling of electrical energy on Federal (all-Russian) Wholesale Electric Energy and Capacity Market (FWEPM) were organized at the same time. The FWEPM represented a system of contractual relationships of its members who were interconnected via common technological processes of production, transmission, distribution and consumption of electrical energy by UES of Russia.

November 1st, 2003 is considered to be the date when the existing wholesale electricity market model started its functioning in the Russian Federation, as it is the effective day of No. 643 Decree of the Government of the Russian Federation of 24th October 2003 «On Wholesale Electric Energy (Capacity) Market of the Transition Period».

In spite of indubitable interconnection power and electric energy are viewed as different goods. Realization of power represents commitment and possibility to hold in readiness power generating equipment of preset quality in the volume necessary for meeting consumer’s electricity demands, while realization of electricity represents physical delivery of electricity to a Consumer. 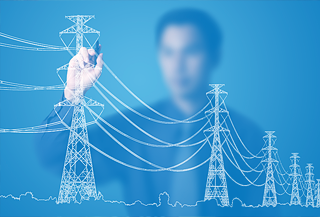 Trading of electric energy on the market of bilateral long-term contracts is carried out under the regulated contracts and non-regulated bilateral contracts. In the sector of regulated contracts Federal Tariff Service sets tariffs for electricity supplied on the wholesale market and purchased on the market. Amount of electricity not confirmed by the regulated contracts are sold for flexible prices under the terms of the non-regulated bilateral contracts and day-ahead market. Under the terms of the non-regulated bilateral contracts market participants assign themselves contractors, prices and the volume of supply. The basis of day-ahead market is the competitive selection
of day-ahead price quotations of customers and suppliers before the actual electricity supply taking into account pricing and volume of supply at each hour of a day. This competitive selection is held by Trading System Administrator JSC. At the occurrence of deviations from the day-ahead planned volume of supply, the participants buy or sell them on the balancing market.

In a new market model regulated contracts have replaced the previously existing regulated sector of the electricity market. Single-step liberalization of the wholesale electricity market could lead to significant electricity price-level changes, the level that influences competitive abilities of consumers and electricity producers. Therefore, liberalization of the electricity market was gradual before 2011 by means of decline in volume of regulated bilateral contracts twice a year. Since the 1st January 2011the regulated contracts within the wholesale market price zones are made only in reference to the amount of energy and capacity, assigned for supplying to the population, equivalent to the consumer categories, as well as to guarantee suppliers operating in the territory of the North Caucasus Republics, the Republic of Tuva and the Republic of Buryatia.

To order a call